The Second Conference of the Joint Arab Action Organizations

The Second Media Conference to promote the achievements and activities of the Arab joint Action institutions ended on Tuesday 26 March 2019 under the patronage of Ms. Naziha Abidi, Minister of Women, Family, Childhood and the Elderly of Tunisia and under the auspices of the Secretary General of the League of Arab States Mr. Ahmed Aboul Gheit. Participation in the conference included the Secretaries Generals of the Arab Specialized Organizations, the President of the League of Arab States’ Tunis Center, Mr. Abdellatif Obaid, representatives of Arab countries and a large number of Arab and international media community members 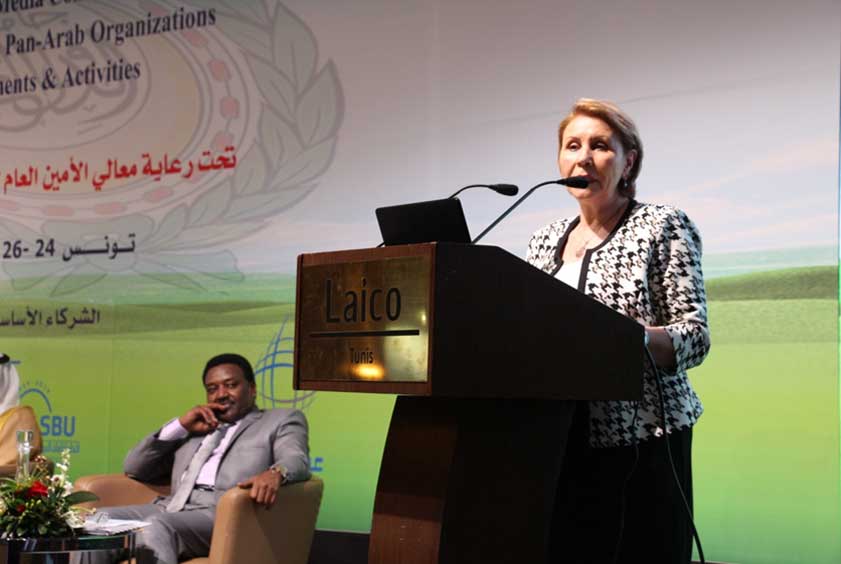 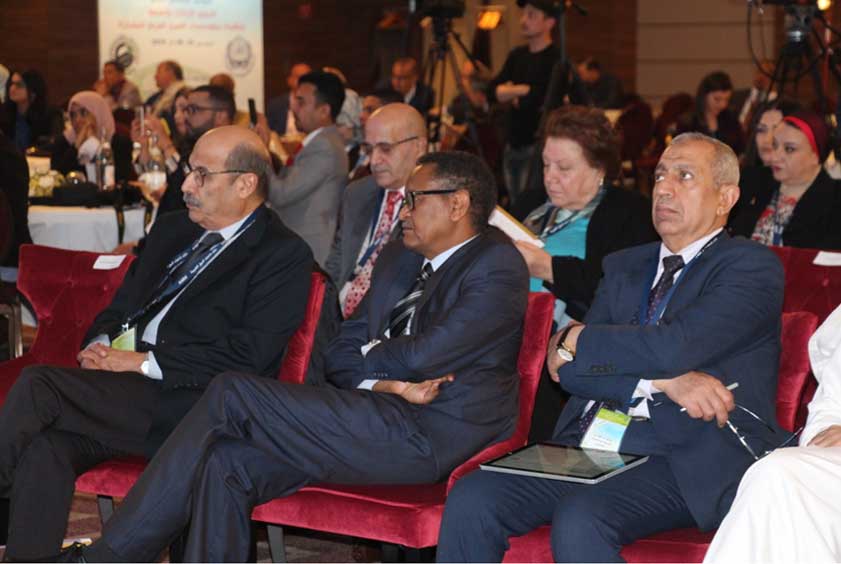 The Media Conference aimed to promote the achievements and activities of the Arab joint Action institutions and to define the roles they play, the services they provide, the most important areas of their work, objectives and activities as Arab expert institutions, and contribute to increasing the awareness of Arab citizens of the importance of joint Arab action.

The Arab organizations headquartered in Tunisia hosted this conference and provided the necessary logistics arrangements to help organize the conference under the best circumstances. 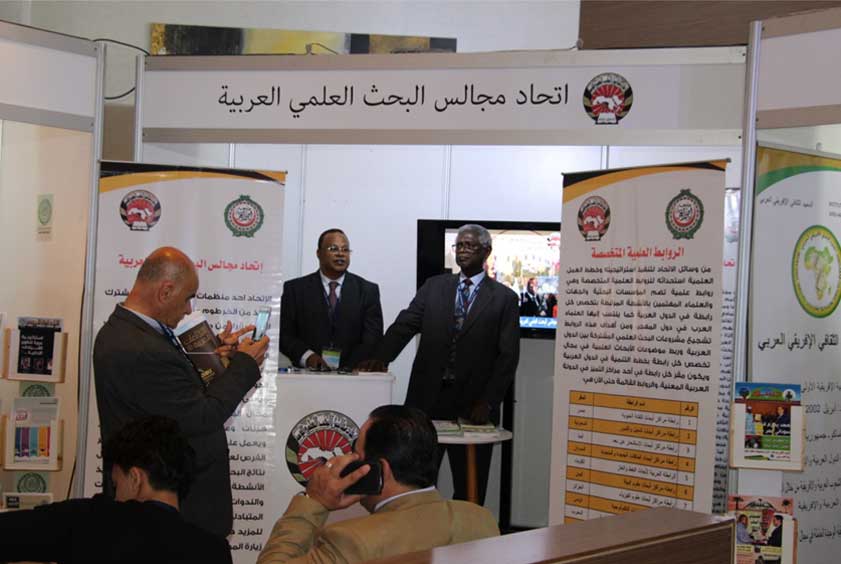 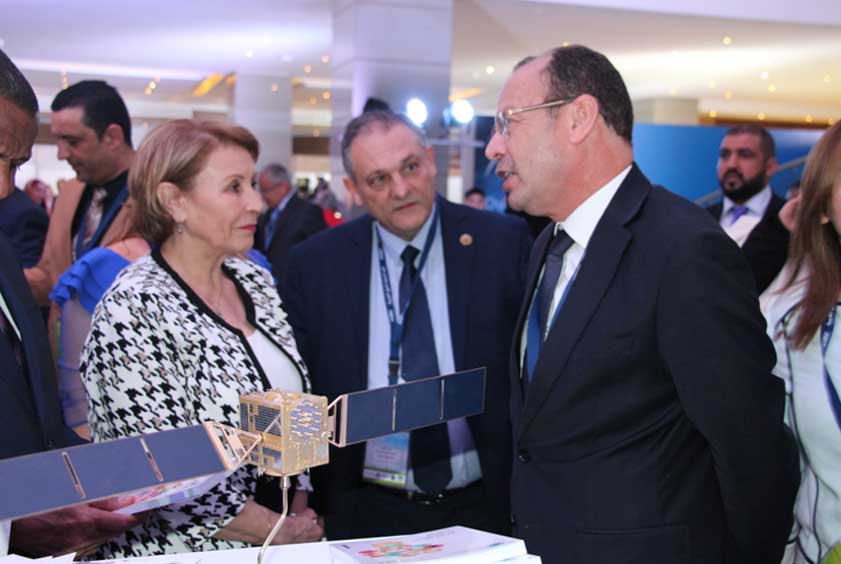 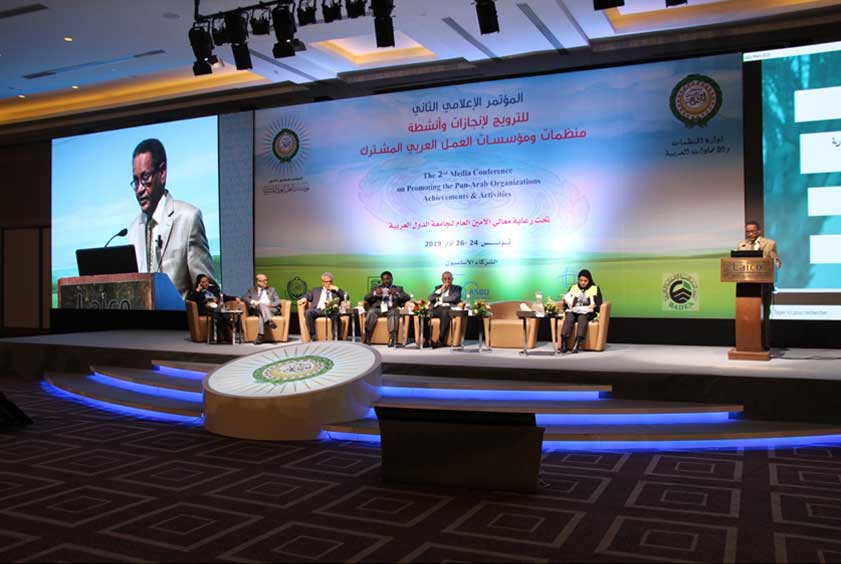 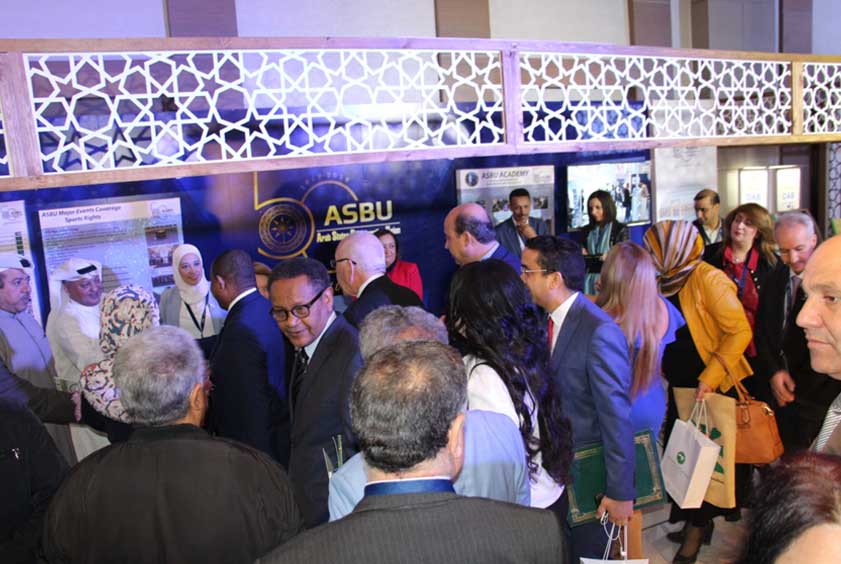 During its seven sessions, the conference discussed a series of working papers with a focus on such topics as education, the needs of the Arab labor market, SMEs and entrepreneurship, modern media, the digital economy between opportunities and challenges, smart agriculture, investment and development, security and stability and comprehensive development. The sessions also focused on the role played by Arab joint Action institutions in achieving the objectives of sustainable development in the Arab region and on successful experiences and practices of some of these institutions . 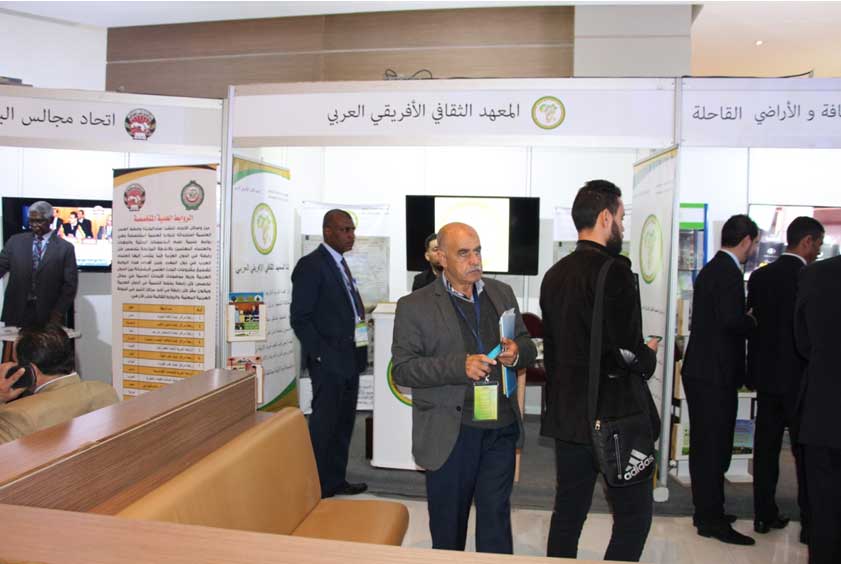 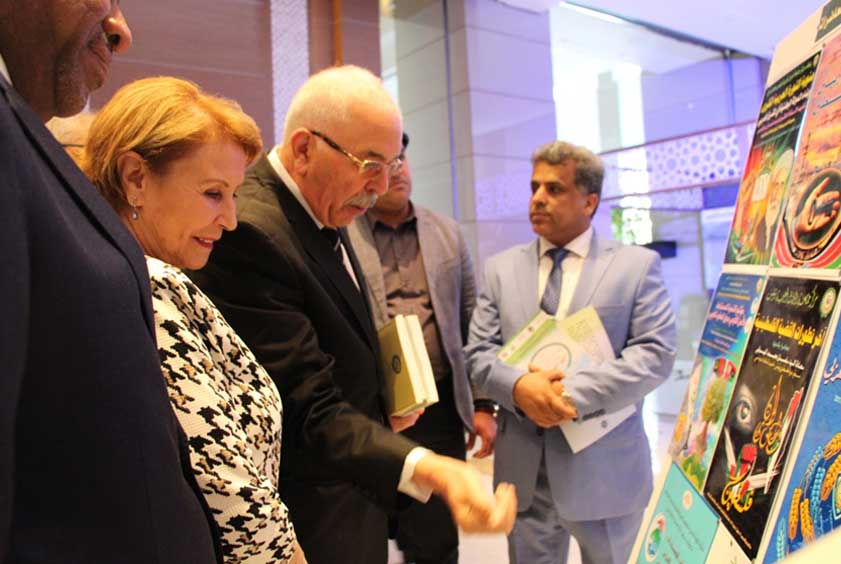 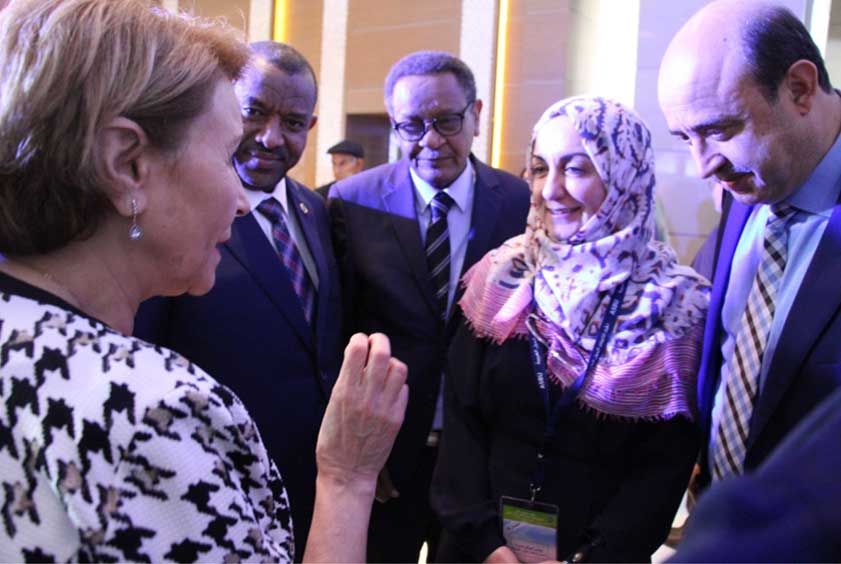 The second media conference was attended by representatives of Arab countries, organizations, councils, specialized Arab unions, civil society organizations, some Arab personalities and intellectuals, as well as professors and students from Tunisian universities. On the occasion of the conference, an important exhibition of the League of Arab States and some Arab joint action organizations and institutions participating in the conference was organized to showcase important aspects of the work of these institutions and their activities. 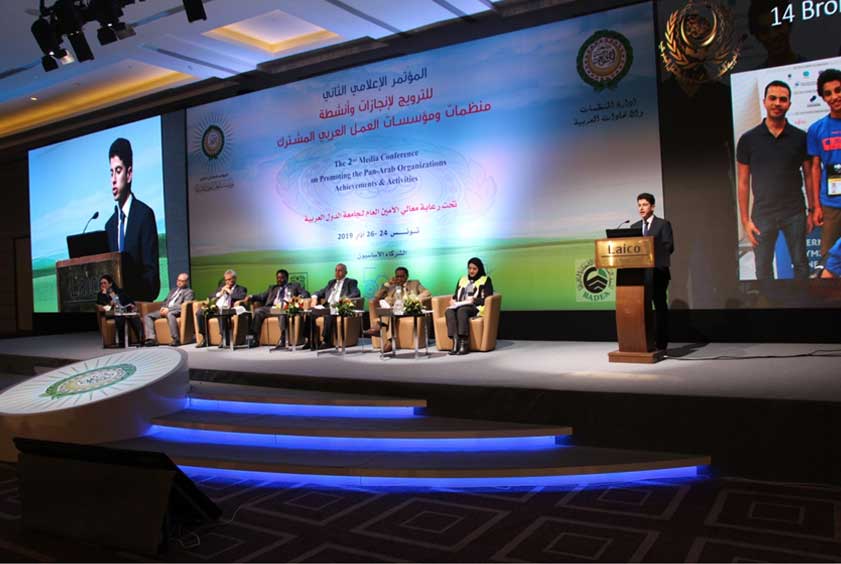 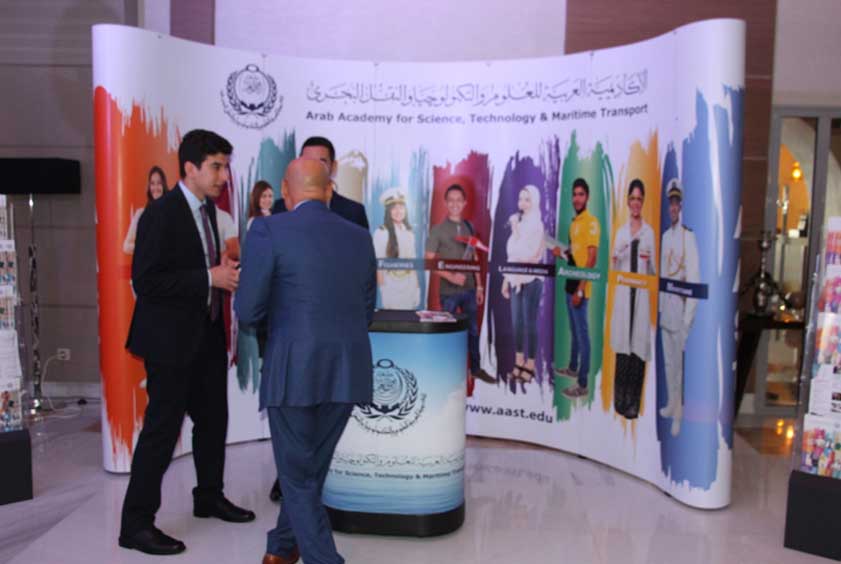 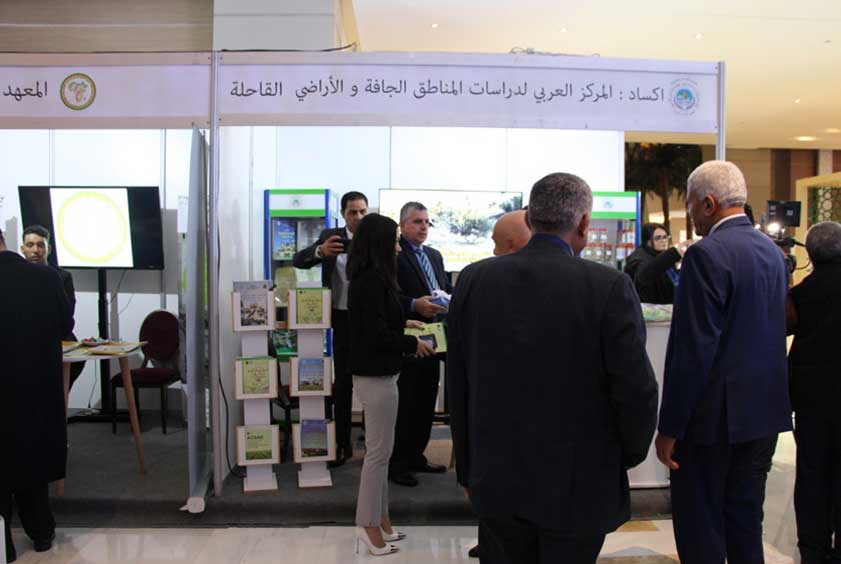 The conference issued a number of recommendations that emphasised the importance of SMEs as a driving force for development and the need for Arab countries to focus on this mechanism to address many of the challenges facing the Arab region, particularly in terms of unemployment and poverty. The conference also made a number of recommendations related to matching educational outcomes and labor market needs in the Arab region. It stressed the importance of Arab countries' use of technology in agriculture to ensure food security and the security of Arab countries. 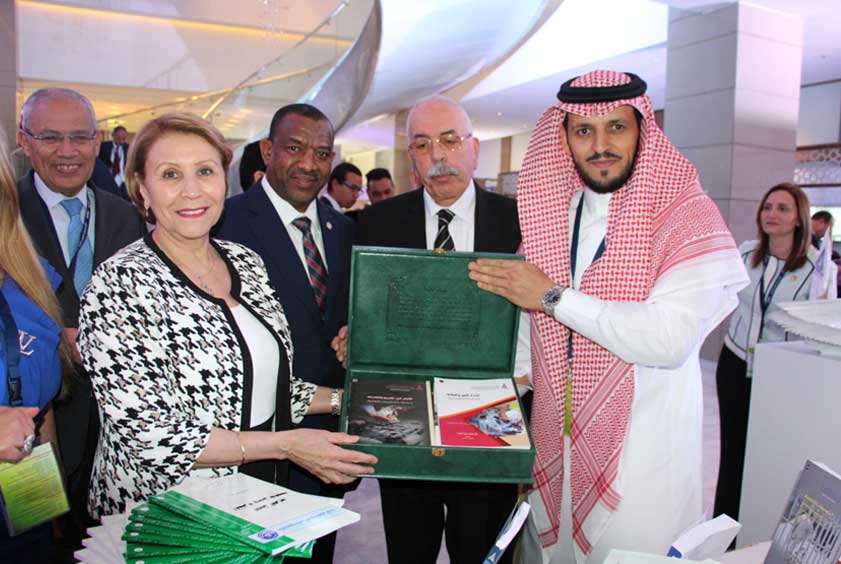 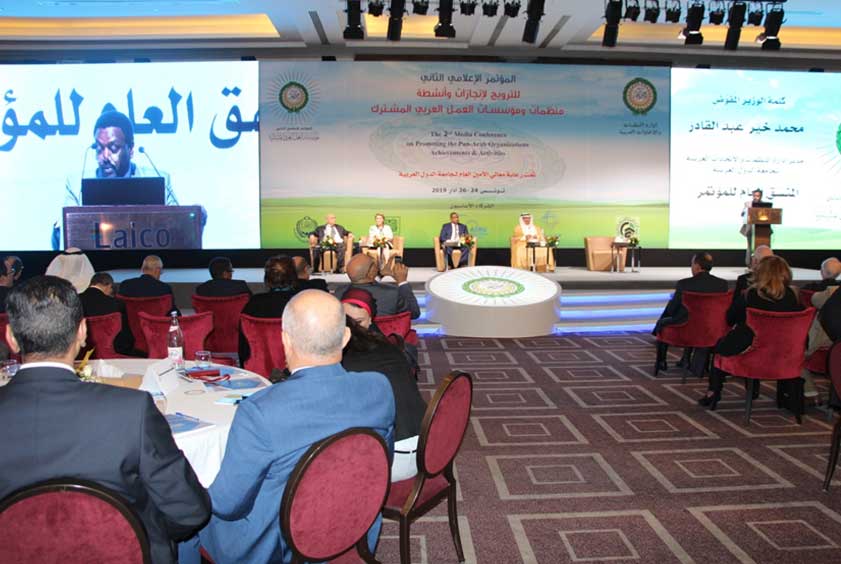 As for security and stability in the Arab region, a number of recommendations have been issued to emphasize this aspect and to identify effective mechanisms to challenge extremist ideology and fight terrorism in the Arab region as stability is a requisite for development.

The participants in the Conference called for "developing a media strategy that focuses on the successes of the joint Arab action institutions." In this context, the Director of the Department of Arab Organizations and Unions in the League of Arab States, Minister Plenipotentiary Mohamed Kheir Abdelkader said in his opening speech that many Arab organizations and institutions are working with the Arab League on many economic, social, security and cultural projects and contribute thus to tackling many crises and challenges.